The Main Points from the Governor’s Message on July 12th, 2021 regarding efforts to mitigate the spread of COVID-19

Yamaguchi Prefecture lowered its status to stage 2 on June 24, with the improvement of the COVI-19 situation. However, with the virus still not under control in some areas and with the declaration of the state of emergency in prefectures including Tokyo, there are growing concerns of further spread of infection because of the variants.

Therefore, we ask for your understanding and continued cooperation and not let your guard down to mitigate the spread of the virus.

◆Areas declared a State of Emergency:

◆Areas declared a Quasi-State of Emergency: 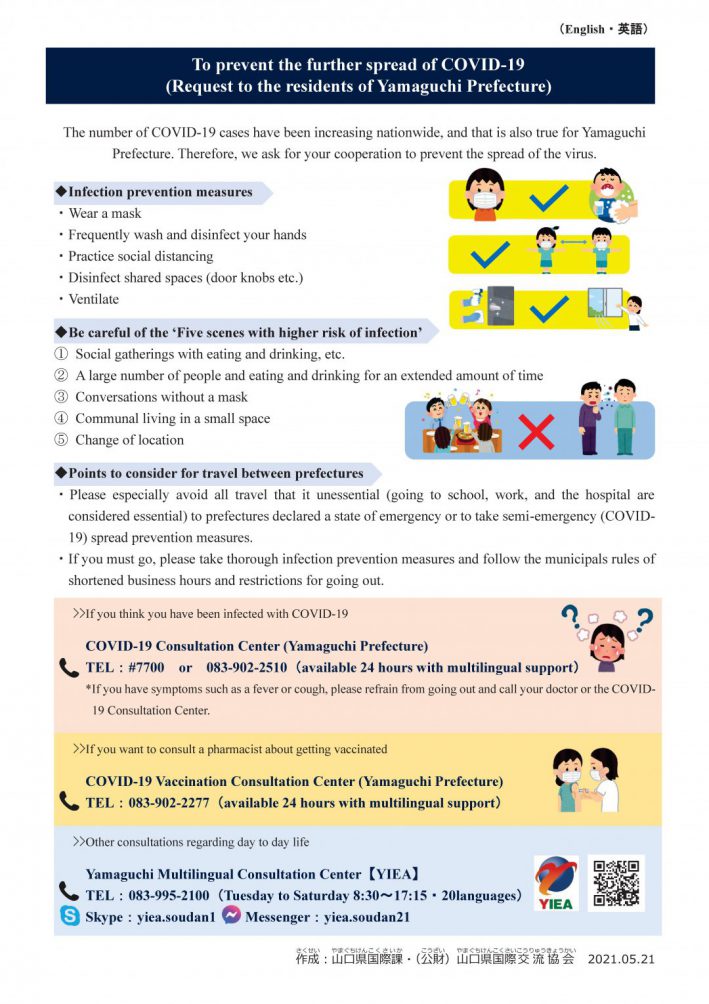