Exchange applications are already being accepted.
○Persons aged 16 and over as of July 9, 2012
○Persons younger than 16 as of July 9, 2012
Applications should be filed at the relevant Regional Immigration Bureaus or their branch district immigration offices (excluding those at airports).
Further information is available on the Immigration Bureau’s website:
http://www.immi-moj.go.jp/keiziban/pdf/kirikaenoosirase.pdf
・ Persons 16 years of age before July 8, 2015
→ By July 8, 2015
→ By the 16th birthday
・ Persons 16 years of age on or after July 9, 2015
→ By July 8, 2015
You need to exchange your alien registration certificate for a resident card no later than the following dates, irrespective of the period for the exchange stated in your alien registration certificate.
Offices are expected to be very crowded immediately before July 8, 2015.
* Persons younger than 16 as of July 9, 2012 whose 16th birthdays fall on the deadline for the exchange must file applications for renewal of the validity period during the 6 months preceding their 16th birthdays. 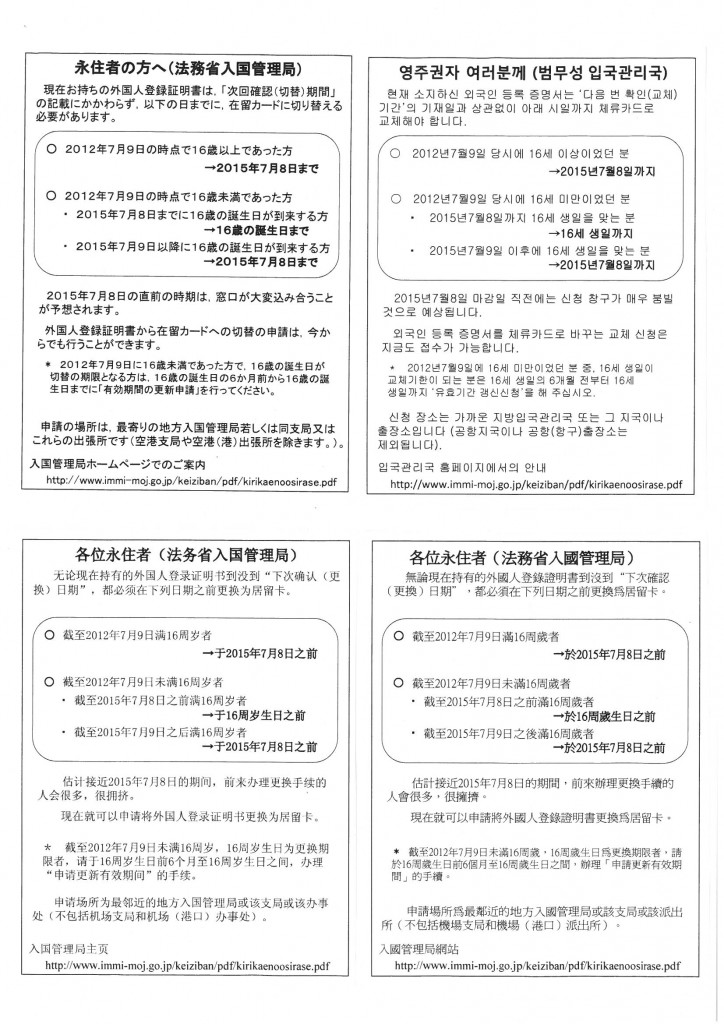 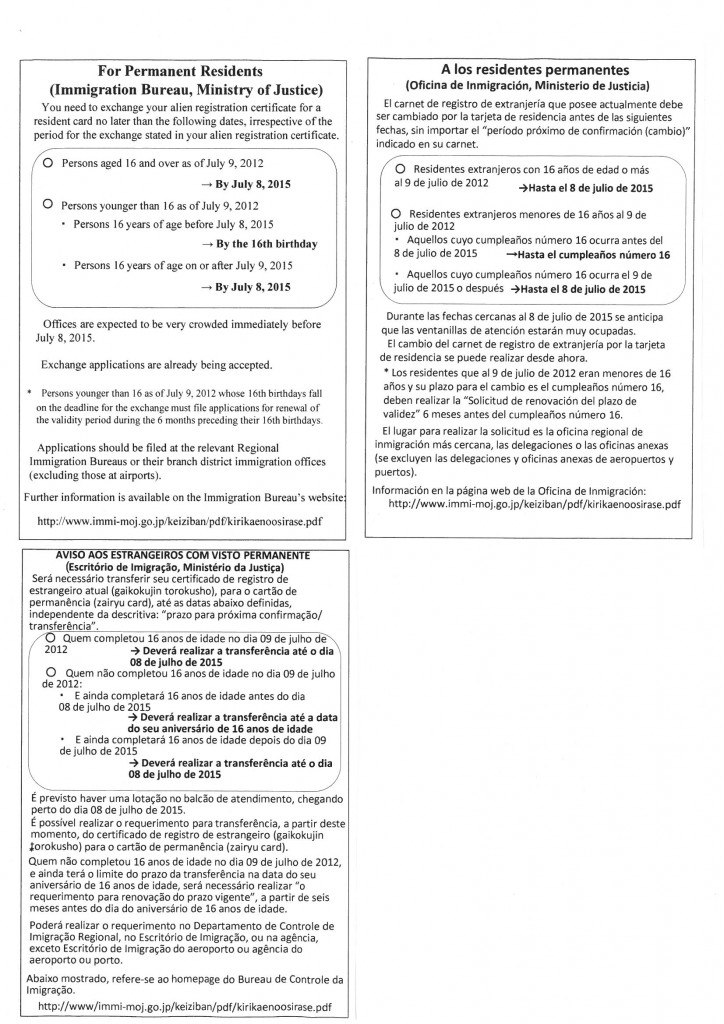